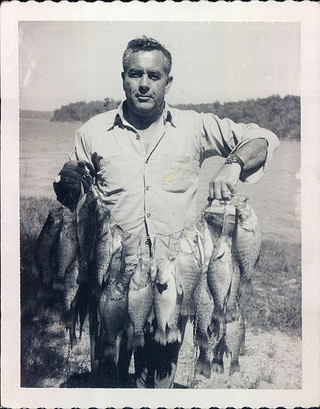 He has been gone more than 31 years now. I still think about him several times every day. And, good lord, miss him. Woke up this morning thinking about him. Apologies to Facebook friends who've already seen this photo, but it's one of my favorites. It's hard to think about Dad without thinking about fishing and cleaning fish. Read More
Be the first to comment

Tags: fishing, float tube, kayak
Back in the early nineties, on the odd summer day when my daughters didn't have a soccer game or practice, I'd blast off from my engineering job toward a certain large bass pond about an hour and a half north of Dallas. If everything came together - meaning no more than two or three people wrecked or stalled on Central Expressway - I'd get to the pond, launch my float tube, and enjoy an hour or so of good bluegill fishing on little popping bugs. When surrounding post oaks and blackjack oaks began to cast shadows on the water, I'd switch to slightly larger deer hair bugs - #6 or #4 being all I could handle with a 6 weight rod - and catch lots of small largemouth bass and an occasional three or four-pounder. I'd clamber up the steep bank after dark, load my tube, sit on the tailgate and sip Ski when I had it and Diet Coke when I didn't, and listen to the sound of things being eaten out on the dark water. On the way home, I'd stop for a greasy cheeseburger at a certain joint, then, about 11:00, crawl in next to J., who never asked for a fishing report until the next morning.

I wore out one of those old-style, inner-tube, low-rider Caddis float tubes. I finally tossed the thing when it started falling apart around 2010. As I recall, I paid around $50 for it - as good a purchase as I've ever made. Sure, I always hoped no one would be there to watch me launch the thing or flounder out of the water after dark, and even with a 9-foot rod, my back casts slapped the water whenever I got lazy, but the old tube sure beat the hassle of a johnboat or even a canoe.

Since J. and I bought our lake shack, my fishing has been a matter of walking down the hill and wading along the rocky shore. Just after sunrise or just before dark, I'll catch plenty of small bass and, occasionally, one that puts a worrisome bend in my 6-weight rod.

Lately, I'm getting restless for some of my old ponds and a certain stretch of a certain river. Tube or Kayak? The tubes are much improved nowadays. Easier to launch and get in and out of, and you ride a lot higher. Everyone seems to be going to kayaks, especially in deep East Texas, where anything bigger than a puddle holds alligators nowadays, but I do most of my fishing well north of Dallas. Yes, gators seem to be making their way into the Red-River drainage, but, for now, they're rare. Furthermore, I can't see how a kayak can be anything but a hassle in the near-constant North Texas wind.

Eventually, I'll have one of each, but the tube will come first. I'd already made up my mind, but this video just reinforced my thinking:

Remember Henry, our fishing pond has some nice Florida bass and hybrid blue gill. You need to bring your flyrod.

Thanks a million, Butch! You won't have to offer twice! 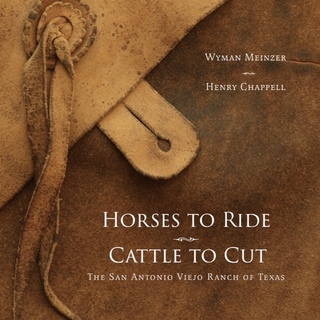 "On April 29, 1862, at Rancho Santa Gertrudis,
Richard and Henrietta King welcomed their fourth
child, a daughter named Alice Gertrudis. Her
name seems fitting. She was born on ground she
served the rest of her life. And through her eventual
marriage to Robert Justus Kleberg the King
Ranch empire would continue and grow. From
that King-Kleberg union came another baby girl,
one who would grow rooted in another place in the
Wild Horse Desert: San Antonio Viejo."

Closing the File: Horses to Ride, Cattle to Cut 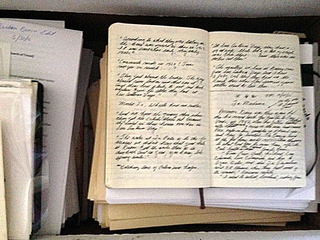 Day before yesterday, after a one last email on a proposed word change, we brought the design/editorial phase of Horses to Ride, Cattle to Cut: The San Antonio Viejo Ranch of Texas to a close. By now, the files should've gone out to the printer. The book will be available in October. This afternoon, after two years of work, I gathered up the mess of folders, drafts, and proofs from my desk and the floor and piled them into a big file box. I have one or more of these boxes for all nine of my books. You can accumulate a lot of material over the course of a long project.

The last item to go in, a worn Moleskine notebook, contains all of my notes and the first draft of the book, written in fragments of a few paragraphs or pages at a time among the notes. When I felt I had the makings of a book, I typed and organized these fragments, polishing as I went, into a pretty good second draft. After another four drafts, the manuscript was ready for submission.

Although I usually do magazine articles and columns entirely on my laptop, I've always written first drafts of my most challenging works - long essays and books - longhand. Friends and family obsessed with efficiency find this appalling, but I've found it far easier to finish a first draft longhand because I'm less likely to stop and re-read my own scrawl and therefore less likely to lose confidence, which builds as the pages accumulate.

Just before I put the lid on the box, I opened the notebook at random to the beginning of a section entitled "La Madama." It's dated 10/31/15. Amazing. It feels like I wrote those paragraphs a couple weeks ago.

I always expect to feel relief if not euphoria at this point, but I never do. Mostly I'm tired, unfocused and loathe to think about that next magazine deadline.

I don't think you should glorify the East and King families for stealing the San Antonio Viejo Ranch from the rightful owners and residents of Jim Hogg County. The true story will be published soon and it will expose Tom T. East and Robert Kleberg as thieves who stole the rights to the land they call their ranch.

Mr. Swidriski, you can rest assured that I didn't glorify anyone.