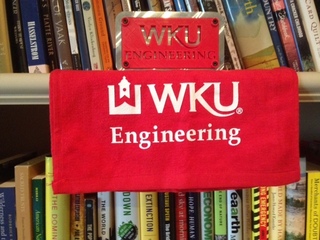 Ah, the warm glow of tribalism.
Be the first to comment 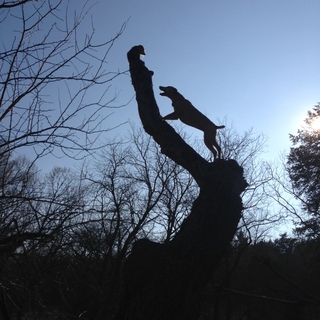 Along the Red River in North Texas, February 2015


North Texas temperatures are still climbing into the mid-90s. But mornings bring a slight chill. Yesterday, I went to the closet just to feel my old Filson jacket. I'm ready to switch from straw hat to felt. I'll be loading the dog box into the bed of the pickup later this week. I've nearly finished my latest book - a project I've enjoyed immensely. A few garden chores remain. There's a cool front in the forecast.

[waves at Henry] Is that Cate? What a terrific photo...! Give her a pat for me, and you two have a wonderful Fall!

Luisa! Thanks for stopping by. It's great to hear from you. Yep, that's my girl Cate. I can't believe she turned eight this past June. What in the world are you up to? How're your dogs?

I'm keeping out of trouble ;~) Teaching, gardening, birding, getting ready to close the cabin for the winter... Dogs are great: old border collie Lulu, Smoke my good big cur-dog, and Jasp the new-ish young cur-dog. Jasper (like big bro Smoky) would give anything to hunt with Cate, I bet. Here's a photo: http://lassiegethelp.blogspot.com/2014/12/jasper-lurcher.html

Hope we'll be reading more about your new book, the garden, and Cate's and your adventures afield! Take care --

A Few Words in Favor of Christopher Columbus, and Against Fashionable Sanctimony

Tags: Columbus, European Culture, Native Cultures, Human Failing
Here's a slightly edited version of a little essay I posted yesterday to my personal Facebook page. I usually avoid topics of this sort, but yesterday's overabundance of pious commentary brought on one of those fits that never fails to set J.'s eyes to rolling.


The crime of which European peoples are most guilty, and a virtue for which they should be admired, is the tendency to do what people have always done, but on a vast, efficient, and sometimes terrible scale. While there have surely been peaceful, communal peoples here and there, much of human history is a chronicle of conquest, enslavement, and genocide. Violence, racial hatred, and distrust of "the other," more generally, aren't simply "Euro-American traits."

Do you suppose that had those first intrepid explorers who crossed the Bering Strait, and the waves that followed, found North America already occupied by peoples less technologically advanced than themselves, they'd have packed up and gone home? Or would they have set about conquering the continent?

Anyone familiar with my work knows I'm an admirer of Plains Indian culture, especially Comanche culture. Can't we admire Comanche courage, tenacity, resourcefulness, legendary sense of humor and generosity toward friends and allies, and at the same time admit what they did to the Plains Apaches, the people of northern Mexico, and any other enemy they encountered? Can't we acknowledge that Comanches stole Mexican children, gang raped female captives, castrated male slaves, and at the same time, agree that they were treated unjustly by the Republic of Texas and the United States? Of course. That's what reasonable have done for decades now.

Can we admit that the same European culture that brought genocide, ethnic cleansing, and chattel slavery to the Americas also gave rise to the Enlightenment, and in a large sense, modernity? That the terrible efficiency and scale of the Middle Passage is reflected in the genius of the Industrial Revolution, modern medicine, affordable iPads - in short, a standard of living that allows us to divert attention that would otherwise be focused on staying alive to tackling age-old problems of injustice? Have you investigated the rate at which slavery disappeared in the West as compared to much of the rest of the world?

Can we hold the best and worst of human nature in intellectual tension or are we too busy with tribalism, moral preening, or plain old racial and ethnic resentment?
I'm happy to discuss this with reasonable people. I know my argument is far from airtight. However, if you're inclined to accuse me of "trying to excuse my ancestors of their crimes," or of trying to absolve myself of any responsibility for past wrongs, or of ignoring the accomplishments of non-European peoples, save your keystrokes. I won't engage you.

Let me end by admitting that I can't be sure that if I were not primarily of European heritage I could avoid serious resentment toward celebration of someone like Christopher Columbus. Likewise, no one reading this can be sure that had they been born in 15th century Spain, they'd have behaved any better than the most rapacious Conquistador.