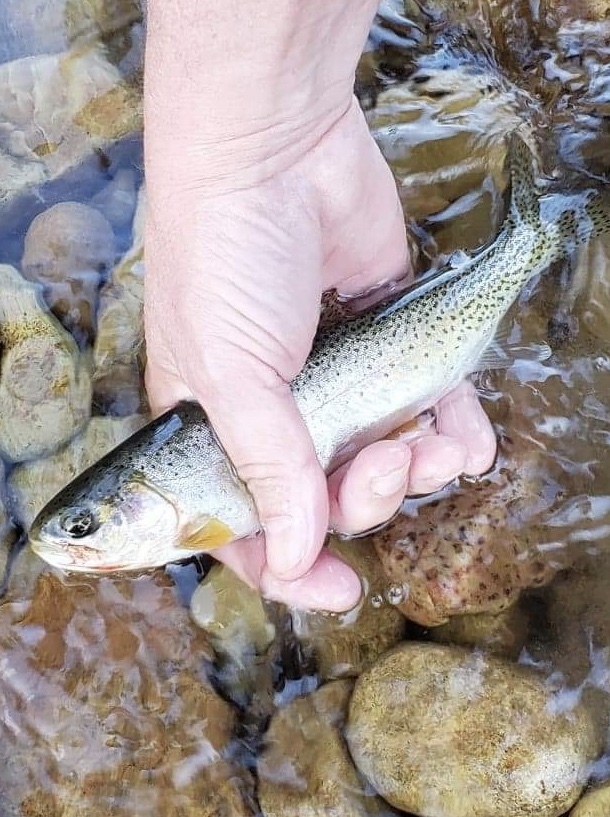 I'm still not over northern Idaho. I'm a warmwater fly fisherman who fishes for trout a few days every few years. I have no business fishing storied rivers.  Thank heaven for small streams and West Slope Cutthroat that will take an Adams or a Humpy. 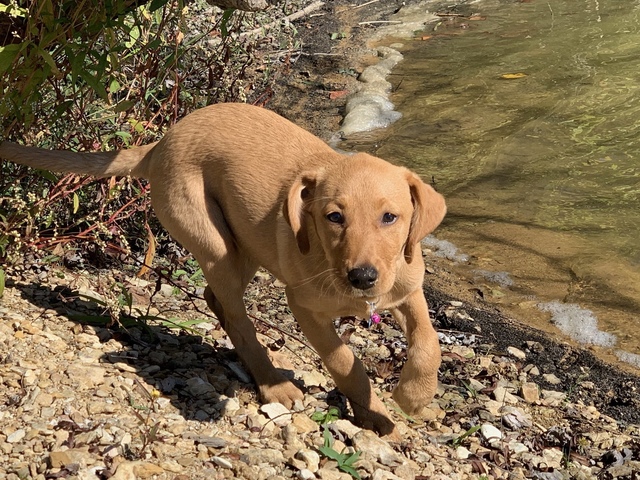 A few days ago in Kentucky at Wilson Creek, Green River Reservoir

After growing up with pointers, setters, and beagles, and training and hunting over three big-running German shorthaired pointers and a mountain cur, I have, at the age of 59, taken a chance on a Labrador retriever pup.

I never thought I'd own so reasonable a dog as a Lab, but, for once, I yielded to Jane, and considered my long-suffering neighbors who're tired of 6:00 A.M. treeing and fine, squalling coon fights at 11:00 P.M. Never mind the dead squirrels and cottontails delivered to the back door, sometimes to the horror of non-hunting company. Cate, my late cur-dog, the best all-around dog I've owned, loved Jane, who returned the affection, but said, "I love Cate in particular, but curs are awfully rough." I can't argue.

The good ones are rough. I admire their courage, and I loved Cate for hers. She was an efficient little killer, and her prey drive and territorial ferocity didn't make for a great suburban dog. But I would give up a hell of a lot for a few more years with her.

I brought her home from a kennel in East Texas when she was seven weeks old. Now thirteen weeks old, she's a fetching maniac, but so are a lot of puppies, so we'll see. I trust she's talented enough that whatever permanent flaws she develops will be my fault. Her sire and dam both weigh a little less than sixty pounds, so she probably won't grow large. That's okay with me since we'll be old together, and I hate the thought of lifting an elderly eighty-pound Lab into a truck kennel.

We'll hunt ducks, of course, but I predict we'll do more upland hunting: quail in West Texas, woodcock in East Texas, and I'm still obsessing over the blue grouse I saw in Idaho in August.

Hunting birds over a flushing dog will require some adjustment after all the years of walking up to dogs on point, but I'm looking forward to the challenge. (Actually, I have hunted over flushing dogs many times. Problem was, they were flushing birds out beyond .270 range instead of pointing them.)

The coming hunting season will be a training season for Jess and me, and that's okay. The real hunting will come soon enough. She's still a baby, and I'm feeling blessed. 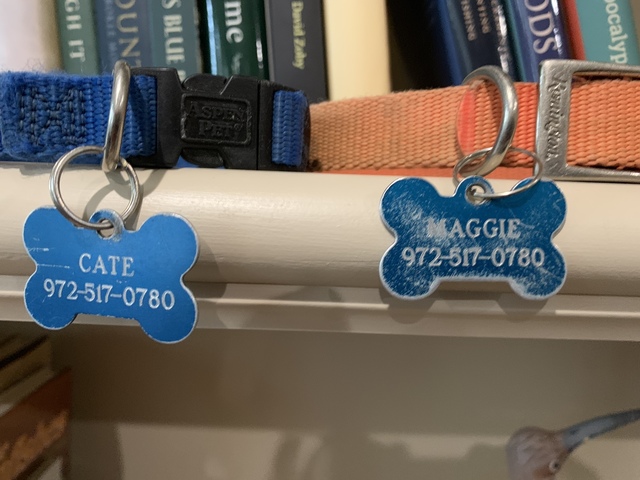 Puppy collars. Seems like last week. We've had a sad spring and summer. I haven't felt like talking or writing about the losses, and I don't have much to say now. 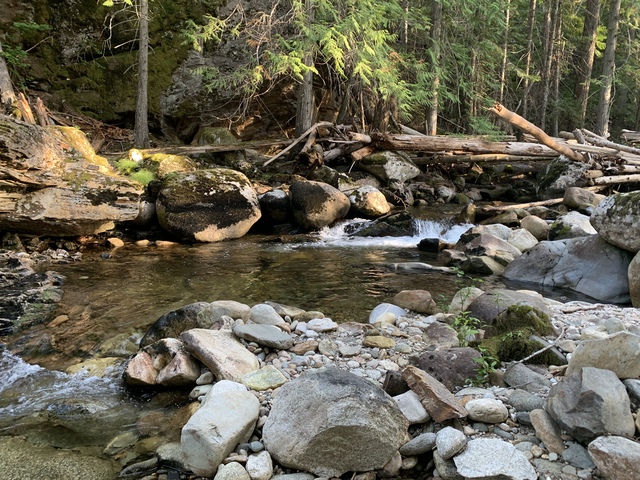 The stream below is full of little brook trout. I hiked above the falls on a faint trail, climbing over and scooting under fallen trees, to this little section of creek. I didn’t have time to fish, but I’m hoping the waterfall serves as a barrier to brookies so that cutthroats flourish here. We’ll see.

Even Brook Trout Cure the Blues 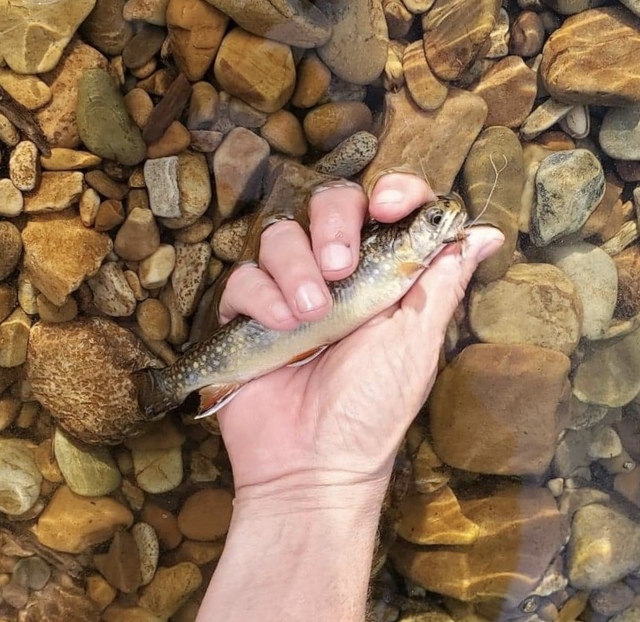 A few days ago, fishing on a northern Idaho stream that will not be named, the largest west slope cutthroat I’ve ever hooked shook a #16 Adams Irresistible at my feet as I stood in a couple inches of water. I’m saying 14 inches. Not huge, but big for me. I don’t have a photo, but I do have a witness. A couple minutes later, this little rascal ate the same fly, and I felt pretty damn good.