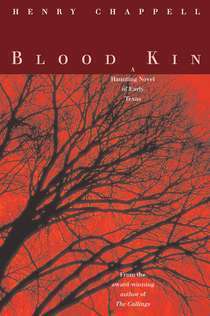 &nbspBy early afternoon, they’d slowed to a walk. The few wispy clouds provided no relief from the sun. Sweat dripped from Isaac’s chin. Sis kept disappearing into the brush and waist-high grass only to return a few minutes later soaking wet.
“Gators gonna eat you yet,” Isaac told her.
&nbspEzra pointed to a set of six-inch deep tracks. “Look at them ruts. Something heavy in that wagon.”
&nbspFelix laughed. “Cannon, I expect.”
“Hellfire,” Ezra said.
&nbspBroken tumbrels, Mexican sandals, empty jugs, laudanum bottles, and fly-blown mules littered the road. Vultures flapped away at the rangers’ approach. On either side, dense oak mottes punctuated gently rolling savannah colored red and yellow by wildflowers. The air smelled of brackish water.
&nbspA low, distant boom sounded in the east. Colonel Bain raised his hand. They stopped, sat their horses, and listened. There was only the sound of birdsong, swishing horse tails, and ragged breathing. Then came a thump and shock wave billowing toward them like rolling thunder. A flock of cormorants flushed from the edge of the bayou. Smithwick turned and looked back at his men. “That’d be cannon, boys.”

Isaac Webb, a young Texas ranger, struggles for decency amid the violence of the Texas Revolution and the early days of the Republic. Still in his teens when he joins Captain Noah Smithwick, Isaac discovers in himself extraordinary mettle in battle and a fierce yearning for young war widow Catherine Druin.

But victory over Mexico brings neither the new Republic nor Isaac the peace and stability he fought for. Escalating Indian depredations forestall Isaac's hopes to work the farmland he's cleared near Bastrop and to marry Catherine. Ordered by Sam Houston to accompany Smithwick on a mission of peace, Isaac befriends Looks Far, a young Comanche warrior at whose side he fends off Waco attacks and with whom he learns to grieve.

As the Texans' hunger for land and the Comanches' penchant for raiding imperil Isaac's friendship and thwart peace negotiations, Isaac returns to Bastrop prepared for the worst. But when his future with Catherine is further confounded by her father's blind hatred of the Comanches, and his own commitment to the indomitable Inez, a Lipan captive, Isaac must also confront a brutal dilemma and a painful secret.


"Chappell's novel reads the way a John Ford western unfolds on the screen: good folks, hard choices, humor, tragedy, and heartbreaking humanity played out against the backdrop of the great American West. A wonderful book for readers who like westerns that leave formula in the dust."


"Henry Chappell's second novel...shows why he is a Texas writer to watch."

"Henry Chappell proves again that he is one of the most authentic new voices of the Texas frontier. Blood Kin, an even stronger novel than Chappell's masterful The Callings, is gritty, realistic, and unforgettable."

“[Blood Kin] does what art demands: It makes us both think and feel.”