Interview on the Master National 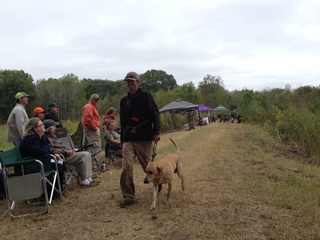 Up-and-coming young pro trainer Luke Cour and his Cody after a near-perfect run on a water-land series. Luke's expression says it all.


Here's recent, short interview I did with Gary Joiner of "Texas News and Views" on this year's Master National Retriever test held at The Big Woods on the Trinity in east Texas.

Marking Our Lives With Our Dogs

Yes, it should be too sentimental for a rumpled old novelist, but I don't care. 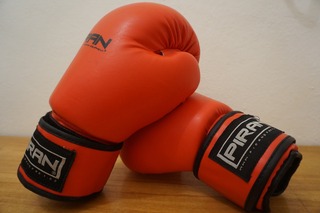 A little forced inactivity reminds me of what looms in the not-too-distant future, and of the preciousness of time.

Back in April, I noticed that when I tilted my head back, mild pain flared up in my left shoulder. Meh. Old age and all that. Nothing a few Advil and healthy hardheadedness wouldn’t cure. My grandson Cade and I took up Krav Maga and fished a couple times every week, all summer. My shoulder ached, but after a little warm-up, I felt fine and could pump through 40 pushups, and a bunch of burpees, and throw punches and elbows with little or no discomfort.

Okay, the problem worsened, a little, but, see, my first belt test was scheduled for September 23. I’d deal with the issue afterward. The test, a grueling three-hour ordeal is designed not only to find out if you’ve acquired the requisite skills, but also to test your resolve. How much do you want to move to the next level? (You know it’s going to be rough when there are designated puke locations.) I got through the test fine - the oldest geezer in the group - although I hadn’t known that kind of fatigue and pain since my college football days.

The strain didn’t help my shoulder problem. Now, I had intermittent tingling down my arm, and a hell of a lot more pain. I took a couple weeks off, then showed up for my first Level II workout. After an easy jog around the facility, we came in and plopped down for push-ups. I nearly fell on my face. My left arm had no strength and now ached from the mild exertion.

Turns out, I don’t have a shoulder problem, I have a neck problem. Stenosis caused by a “significant” bulge between C6 and C7 pinching the nerve that serves my left arm. The problem would likely go away in a year or so, but I’d lose a lot of arm strength in the meantime. Never mind the everyday pain and interference with hunting, fishing, and fighting. Oral steroids helped slightly but only temporarily. Now I’m scheduled for a cortisone injection on November 8. If that doesn’t work, there will be a second injection, then, as a last resort, surgery, which will fix the problem for sure, but I’ll be pretty restricted for three months or so.

Hunting season has arrived, but it hurts to look up. This might not be a problem if I were a deer hunter sitting in a stand instead of a squirrel and bird hunter. Fishing is great in North Texas in early fall, so I’ll be pumping up the old float tube (one-handed), feeling grateful that my casting arm works just fine. And I’ll kick the heavy bag, do my squats and crunches, and try to remember not to take good health and the gift of a day for granted. I have friends who’re facing challenges that make this one seem like nothing but a minuscule aggravation. If nothing else, this little setback serves as a reminder of what looms out there in the not-too-distant future. Time is precious. I regret every second I’ve wasted even though I’ll surely waste more.
Read More
Be the first to comment

Tags: MMA, boxing, Why We Fight


I am a reader, not a viewer. I have little use for television, and, with rare exceptions, movies. (I started to write "cinema," but that seems a little precious given the fare coming out of Hollywood nowadays.) But, every now and again, I run across something that moves me.

I'm not holding up "Why We Fight" as high art, but I've found it awfully good compared to most documentaries, or the vulgar offshoot we call reality tv.

We get the story from the point of view of Zac, a promising young boxer who has derailed his career with an addiction to prescription pain killers. He gets a chance to get clean and to travel the world and meet different kinds of fighters. In the first episode, he goes to Mexico to fight an "opponent" to prove he deserves this opportunity. His later meeting with his desperate middle-aged opponent is about as powerful a scene as I can recall.

The second episode features two young women preparing for an MMA bout. Zac is clearly developing feelings for one of the gals, but the scenes are handled in such a way that the average man won't roll his eyes and switch to football highlights. (Trust me; this emotionally stunted Sasquatch never felt tempted to skip ahead to the fight.)

Now, about the the fighting. It's brutal. John McCain's description "human cockfighting" isn't without basis. Yet people have their reasons, and there's no disputing their courage and athletic ability. As an old man-in-progress who has recently and improbably (and perhaps stupidly) taken up an especially physical and brutal style of martial arts, I can't help but admire the ability of world-class MMA fighters and boxers. If some people find the chance of brain damage and other injury terrifying, others find the prospect of living too long and sitting in front of the television, snoring, mouth wide open, more so. There's more to life that safety. Still, I wouldn't encourage my grandchildren to go into full-contact martial arts competition. I would encourage them to train in martial arts, however.

So, here's the trailer. You can watch the first two episodes at go90.com. New episodes come out on Wednesdays. (Warning: lots of F-bombs, so use ear phones when younguns are around. 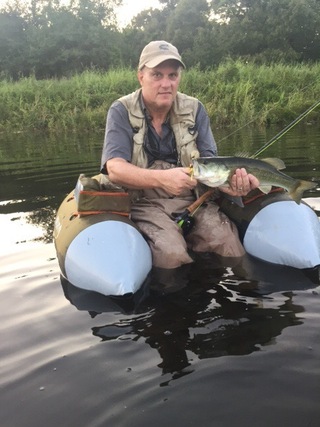 Cade and I fished one of our favorite ponds from late afternoon until dark. Caught lots of little farts. This rascal ate my #4 deer hair bug just before sunset. Not a hog, but I was sure glad to see him.
Be the first to comment