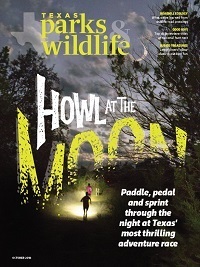 Here’s my feature on the 2017 Master National Hunt Test in the October edition of Texas Parks & Wildlife. You’ll see more of Earl Nottingham’s great photos in the print edition. Looking over this piece again brings back great memories. I can’t believe a year has passed. Those few days at The Big Woods on the Trinity raised my opinion of what makes a finished retriever. 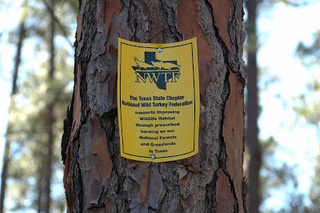 In the course of some other research for an upcoming magazine article, I ran across this nice little video produced by the Texas Conservation Alliance. This isn't anti-logging propaganda, but a case for restoration and sustainable forestry. Back in 2009, I wrote “Saving a Piney Paradise” for Texas Parks & Wildlife Magazine. Here’s the opening, on the Texas’s longleaf pine forests:

“The dead, brown pine needles on the footpath catch my eye before the green ones growing 50 feet over my head. I pick up an especially long one and lay it on my forearm. The needle extends from the base of my hand nearly to my elbow.
Longleaf pine. It grows in nearly pure stands on well-drained uplands from southeastern Virginia to East Texas. Left to mature, longleaf pines can reach heights of a hundred feet or more. The boles run straight and uniform. Its tough, porous outer layer protects it from hot fires that kill hardwoods and other kinds of pine. Its home — the dry, sandy uplands — burns easily and often.

The first chroniclers in East Texas described giants. Old photographs from the late 19th and early 20th centuries substantiate their claims: vast stands, open and park-like, and trunks of 350-year-old trees more than 3 feet in diameter.
Early Anglo settlers called the longleaf forests “pine barrens,” and tended to skirt them. Corn and cotton are far less adapted for drawing nutrients from the upland soil than are longleaf pines.

Amos Parker, traveling west of Nacogdoches in 1834, had this to say of the longleaf pinelands:

“Immediately after leaving the town we came into pine woods again; to all appearance, the same we had already passed over — rolling, sandy soil; the trees straight and tall, but standing so far apart that a carriage might go almost anywhere among them. The grass grew beneath them, and we could see a great distance as we passed along.”
A wagon and mule team could easily wend through longleaf forest. As could a skidder. A house built of unpainted longleaf boards will last a century.

Today, only a few good longleaf stands remain in Texas. One of the best can be found here at Boykin Springs.

Along the trail, skinks, warmed by the February sun, rustle in the dry duff. A few sluggish grasshoppers flush. Just like in the old photos, the woods are open, with knee-high grass growing amid healthy, fire-blackened boles.

Mostly, these are vigorous middle-age trees, less than 80 years old. In earlier times, as ancient trees succumbed to red heart fungus, red-cockaded woodpeckers bored into the softened heartwood and made themselves at home.

Perhaps they will again, someday.”


Enjoy the video. Note the red cockaded woodpecker segment around 7:00: