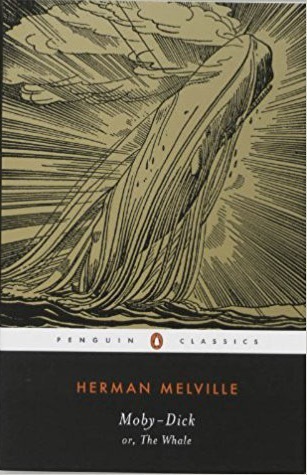 I'm unqualified to call Moby Dick the greatest American novel, as many critics and scholars have, but I can call it the greatest American novel I've read. I'll expand that judgement to include novels written in English, that I've read." Comparisons to the works of Dickens, George Eliot, Forster, et al seem meaningless, even ridiculous, so I'll just assert that Melville is unmatched in his ability to conjure moods of bliss and foreboding and images both beautiful and terrifying. Only Joseph Conrad, a Polish mariner who wrote in English, comes close. Is there something about novelists obsessed with the sea?

Let me open my marked-up copy at random and flip a few pages to find an underlined passage. Here's the crew of the Pequod working through the night, cooking down a sperm whale:

"Their tawny features, now all begrimed with smoke and sweat, their matted beards, and the contrasting barbaric brilliancy of their teeth, all these were strangely revealed in the capricious emblazonings of the works. As they narrated to each other their unholy adventures, their tales of terror told in words of mirth; as their uncivilized laughter forked upwards out of them, like flames from the furnace; as to and fro, in their front, the harpooners wildly gesticulated with their huge pronged forks and dippers; as the wind howled on, and the sea leaped, and the ship groaned and dived, and yet steadfastly shot her red hell further and further into the blackness of the sea and the night, and scornfully champed the white bone in her mouth, and viciously spat round her on all sides; then the rushing Pequod, freighted with savages, and laden with fire, and burning a corpse, and plunging into that blackness of darkness, seemed the material counterpart to her monomaniac commander's soul."

Melville knew his whalers: unrepentant butchers and among the bravest, toughest S.O.B.s who ever lived.