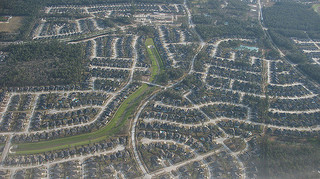 “Overall, Dallas-Fort Worth and Houston have emerged as the nation's fastest-expanding big-city economies. Between 2000 and 2015, Dallas-Fort Worth boosted its net job numbers by 22.7 percent, and Houston expanded by an even better 31.2 percent. Smaller Austin (38.2 percent job-base increase) and once-sleepy San Antonio (31.4 percent) have done just as well. New York, by way of comparison, increased its number of jobs in those years by just 10 percent, Los Angeles by 6.5 percent and San Francisco by 5.2 percent, while Chicago actually lost net employment.

“And the Texas jobs are not just low-wage employment. Middle-class positions, those paying between 80 percent and 200 percent of the national median wage, have expanded 39 percent in Austin, 26 percent in Houston and 21 percent in Dallas since 2001. These percentages far outpace the rate of middle-class job creation in San Francisco (6 percent), New York and Los Angeles (little progress), and Chicago (down 3 percent) for the same period.”

Not everyone is thrilled.

Cox and Kotkin’s priorities come through loud and clear:

“In fast-growing Cinco Ranch, a suburb built on an expanse of Texas prairie 31 miles west of downtown Houston, 1 in 5 residents is foreign-born, well above the Texas average.”

Eventually, we’re going to run out of countryside to plunder.